Niedereschach – "Simplifying complexity" – is the slogan of the intralogistics company montratec GmbH launching the new generation of the montrac configurator: the advanced planning software for individual system layouts of the montrac monorail and shuttle transport system. 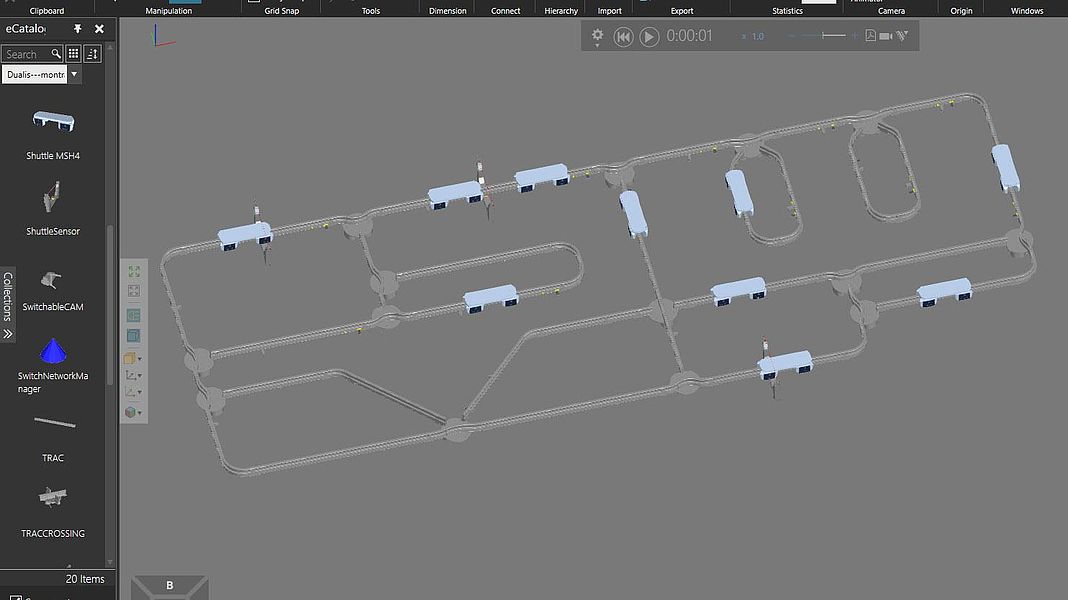 Planning an intralogistics system compliant to Industry 4.0 requires highest efficiency solutions for today and in the future. Thus, the current internal material flows must be taken into account, as well as potential short-term changes, unplanned individual requirements, flexibility with regards to cycle times, throughput, volumes, unit output numbers, and customer-specific plant designs to be adapted in the shortest possible time.

With the innovative montrac® monorail and shuttle transport system, the high-tech company montratec is focused on optimizing and developing customer-specific and future-oriented solutions for smart factory transport and automation processes. The new software generation of the montrac® configurator enables 3D planning, visualization and simulation of the entire montrac® system design. Both importing and exporting now support significantly more file formats, such as STEP.

"From the very beginning of the project, the new montrac® configurator enables our customers to visualize all options and possible extensions of the individual montrac® intralogistics solution with the highest 3D digitization level. Furthermore it allows to simulate all objects and components in the project as well as the upstream and downstream processes," informs Sven Worm, CEO of montratec GmbH. "This makes it possible to determine in advance all constellations of the planning concept and to integrate suitable future adaptations." Numerous implemented automatisms relieve the specialist planner in both mechanical and electrical design. By means of detailed parts lists and the simulation of several transport shuttles in motion at the same time, collision avoidance can be carried out in advance, securing reliability and efficiency. Thanks to the 3D-visualized and simulated configuration of the electrical system and the required control components, both the maximum achievable throughputs and the power consumption of the montrac® system can already be calculated during the planning phase.

In addition, the detailed visualization of the planned system design in a 3D environment not only simplifies the communication between the different departments and the customer, but also accelerates the assembly of the montrac® system on site due to the transparency. One of montratec's next visionary goals is the virtual commissioning of montrac® systems at the customer's site via the montrac® configurator.

"With the montrac® configurator software, we have developed a future-oriented planning tool for the increasingly fast-moving Intralogistics 4.0, which enables us to react promptly and flexibly to changing requirements and process flows in the in-house material flow," Worm sums up and emphasizes: "Thanks to the detailed, forward-looking planning with the montrac® configurator and our comprehensive warehousing, we are currently able to deliver montrac® systems within an average of at about 6 weeks."